LASER (Light Amplification by the Stimulated Emission of Radiation)

Light Amplification by the Stimulated Emission of Radiation Source producing an intense, concentrated and highly parallel beam of coherent light and works on principle of Quantum theory of light

Intensity Laser beams are highly intense as a large number of photons are concentrated in a small region.

Coherence Perfectly coherent as the emitted light waves has the same phase with one another.

Directionality Travels in a single direction as the photons are traveling along the optical axis of the system.

Absorption: Atoms in the lower energy state absorb energy from the incident photon and moves to the higher energy state. Probability of absorption depends on:

Stimulated Emission: Atoms in the excited state jumping to the lower state under the influence of another photon emit a photon of the same frequency as the incident photon. Probability of Stimulated emission depends on:

The direction of propagation of energy, phase and state of polarization of energy of the emitted photon is exactly the same as those of the stimulating photon. Thus photons are coherent.

Working principle of a laser

Population Inversion An artificial situation that is established by generating a large number of atoms in the higher energy state than that of the lower energy state.

Pumping The phenomenon of achieving population inversion, i.e the process which raises the atoms from lower energy state to higher energy state in the active medium. Methods: 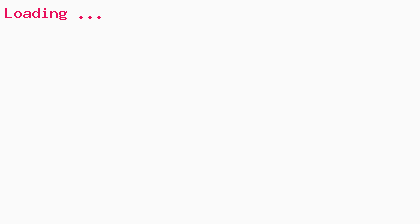 Lasing The process which leads the emission of stimulated photons due to the transition of atoms from the metastable state to the ground state after achieving population inversion. 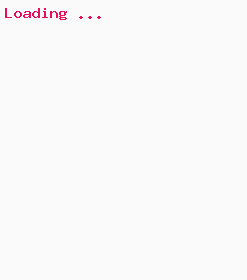 Einstein's Theory of Laser and relation between A and B coefficients Let N1 and N2 be the number of atoms present in ground state E1 and excited state E2 respectively of the active medium.

Atoms in excited state return to ground state by emission of energy by two process:

The large number of excited atom produced due to population inversion and pumping emit photons spontaneously in various directions. These photons, in turn, strike atoms in metastable state and cause stimulated emission. The photons produced due to stimulated emission also travels in various directions. Since these photons cannot give coherent beam, the number of photon states must be restricted to obtain a coherent beam of laser.

This can be achieved by placing the active medium between a perfectly reflecting plane spherical mirror and a semi-transparent mirror (90% reflecting). The mirror system reflects most of the energy from the light incident on it back to the medium, thus acting as a positive feedback necessary to compensate the losses. A small amount of energy escapes through the semi-transparent mirror to form the laser. If enough population inversion takes place in the active medium, the light is amplified to a great extent since each passage of light across the medium after successive reflection causes gain in strength and multiple reflections occur. A steady intense laser beam emerges from the semi-transparent medium.

The waves propagate along both directions due to successive reflections from the two mirrors. They interfere to form standing wave pattern.
L =>distance between two mirrors
λ =>wavelength of emergent light
φ =>phase change after reflection from both mirrors

Standing waves are formed within the two mirrors giving us two nodes. Since the wavelength of laser light is much smaller than the length of the cavity, the number of half waves formed within the mirror is also very large. So the frequency difference between two consecutive modes of vibration:
Δν = c/2L

Solid state laser consisting of a pink ruby cylindrical rod whose ends are optically flat and parallel with a silvered and a partially silvered (50%) end. The rod is surrounded by a high intensity helical flash lamp filled with xenon gas which is intense enough to produce population inversion. Composition of Ruby: Crystalline aluminium oxide (Al2O3 or host crystal) doped with 0.05% of chromium atoms (activator atoms). Al3+ ions are replaced by Cr3+ ions in crystal lattice. Cr3+ ions impart red colour to the white Al2O3 crystal.

Working: Chromium atoms consist of a metastable state of lifetime ~3 X 10-3 sec. When a flash of light of wavelength 550nm falls upon the rod for a very short time (about a millisecond), the chromium ion, in the ground state, absorbs a photon and jumps to excited state E2. The excited ions drop to the metastable state E3 very soon as lifetime of ions in excited state is short. The transition is non radiative as the energy released is absorbed by the lattice in which it is absorbed and is dissipated as heat. But the number of atoms in metastable state goes on increasing as lifetime in metastable state is high and soon exceeds those in the ground state, thus bringing about population inversion.

After this state is achieved, one or two photons released due to spontaneous emission is sufficient to induce stimulated emission and light amplification will start. The transition from M a G state radiates photons, which after repeated reflection from the mirrors of the laser cavity amplifies largely to an intense beam.

It is a gas laser consisting of a mixture of helium (He) and neon (Ne) in a ratio of about 10:1 inside a narrow long discharge tube at pressure of 1mm of mercury. The gas system is placed between a pair of plane mirrors or a pair of convex mirrors out of which one is perfectly reflecting while other is partially reflecting forming the resonating system. The distance between two mirrors is equal to an integral multiple of half wavelength of the laser light and supports standing wave pattern within the resonator system.

Working: Helium has three energy states. These are 3S, 2S and 1S where 3S and 2S are metastable states. When an electrical discharge passes through the gas mixture, the helium atoms are excited by the impacts of accelerated electrons in the discharge tube due to its lower mass. As a result, some of the helium atoms are raised to its metastable states 2S and 3S from its ground state. The energy of the two excited states 2S and 3S of Ne are slightly less than the energy of the two metastable states of He atoms. Thus, after the collision of the excited helium atoms with neon atoms, the neon atoms in the ground state are raised to its 3S and 2S excited states and helium returns to its ground state by exchanging energy. 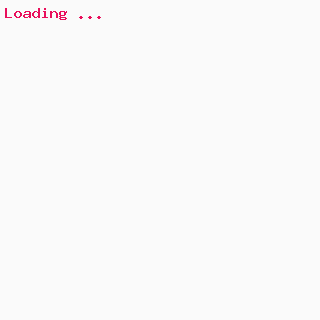 The gas discharge process after sometime leads population inversion in these metastable Ne(3S) and Ne(2S) levels relative to its lower 3P and 2P states. After achieving population inversion, one of the two photons released due to spontaneous emission can trigger stimulated emission and produce three type of lasing actions(3S a 3P, 3S a 2P, 2S a 2P). After that, the Ne atoms return to the lower laser levels 3P and 2P to the level 1S by spontaneous emission. From this level, Ne returns to ground state by collision with the walls of the tube. The cycle of events occur continuously as the discharge in the tube is maintained continuously. Thus it is known as continuous laser.

The advantages of Gas laser over Solid state laser